Well hello from Europe!  It was a long flight here but we made it. Over the next two weeks I’ll be taking the Avalon Panorama river cruise ship from Budapest to Amsterdam.  This is my first time to Europe and first time on a river cruise!

The architecture in Budapest is amazing and historic. They preserve the culture and history that the buildings represent. There are also more modern buildings near the river docks.

A note, make sure to get Hungarian Forints (HUF) when going to Budapest as all prices everywhere are in HUF.

The first day in Budapest was a 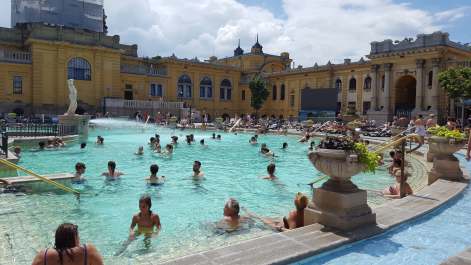 catch up on sleep day.  I did go to the Szechenyi Baths the next day. They have 18 pools, 10 saunas / steam rooms as well as several massage therapies, facial treatments, and more.  It is a great place to relax for the day and spoil yourself. The water was nice and warm and it was 28 degrees outside.  The 3 outdoor big pools were all heated.  It was some much needed rest and relaxation after the jetlag.

When I boarded the Avalon Panorama I got a wonderful first impression.  Right from when you arrive you see the sleek and modern ship outside and in.  Everyone was saying hello and friendly.  The cabin was ready and I love the floor to ceiling windows. The fact that the patio/balcony opens 7ft wide is wonderful.  It makes the room feel so spacious and it’s nice to have fresh air.

I also took a tour of Budapest.  My favorite part of the Budapest city tour was when we walked around Fisherman’s Bastion and the Cathedral.  It was my first experience walking around in an older part of a European city. When the tour was done we took the complimentary Avalon bikes out for a 20min bike ride along the river. When we pulled out of Budapest and it was beautiful to see the city at night.  We went by the parliament building; they’re so pretty. 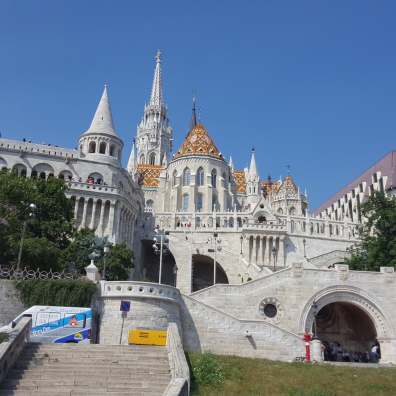 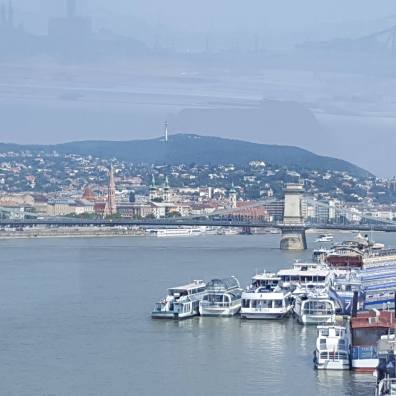 We went through the first lock on our journey. 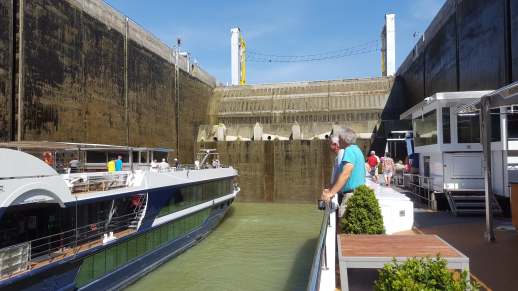 That was a really neat experience. It can hold up to four river cruise ships.  Ours only had three ships in it today.  The total time to go through it was about half an hour. It was so unbelievable to experience how the locks work bringing you from one water level to another; filling from the bottom and pushing the ships up (in this case). Apparently we will go through 68 of them on our entire journey from Budapest to Amsterdam! 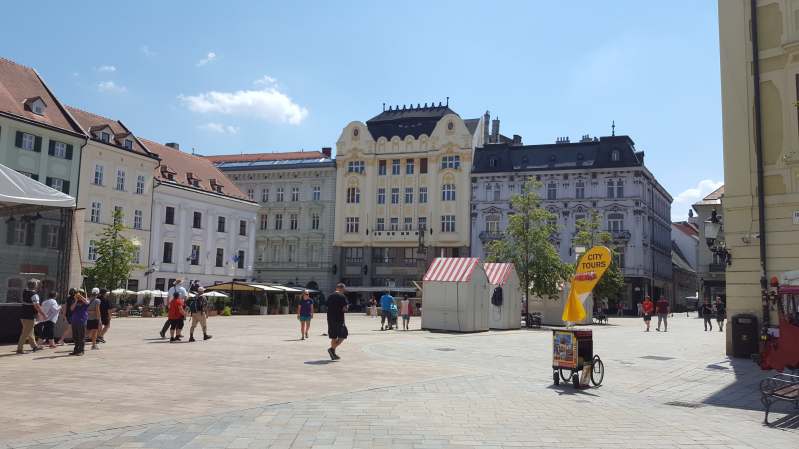 We arrived at Bratislava Slovakia and saw a very traditional/original part of the city buried among newer buildings.  We were shown how you could tell the different time periods represented in the buildings from the design outside. There were lots of souvenir shops, restaurants, local vendors, and cool treats like ice cream and sorbet. There are so many interesting facts about the history there. 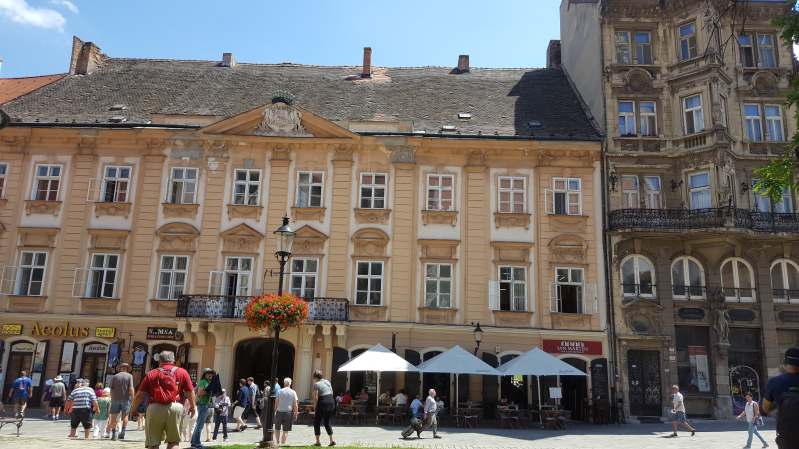 We are off to Vienna Austria and will be docked in the morning.  This has been a fantastic journey so far and it’s only just begun.  Stay tuned for some more fun adventures.