Petropavlovsk is a fairly architecturally uninteresting place with streets lined with grim, Soviet inspired apartment blocks.  However, it does have a magnificent setting on Avacha bay and is overlooked by two giant volcanoes and surrounded by a long line of snow-capped mountains.

A visa is required by Russia for Canadians visiting the country.  The easiest way for us to accomplish this was by booking one of the ship’s tours which then included the visa.  Frankly, I was not expecting much from this remote Russian town that can only be accessed by plane or by ship.  Being quite isolated, I expected that we would see a bunch of worn out, rusty old Lada automobiles driving around gravel streets.  On the contrary, there are a lot of Hondas, Toyotas and Nissans.  The reason we were told, was that they were a lot more reliable and easier to get than Russian made autos.  The funny thing was that while they drive on the right side of the road, the majority of vehicles also have the steering wheel on the right side of the cars.

Our first stop was Trinity Cathedral, Petropavlovsk’s largest and most impressive church. Despite looking ancient, the church was built in the early 21st century.  From here there are great views of the bay.

From the church we proceeded to the Crimean War Memorial.  This memorial and small chapel commemorates the lives lost in the Battle of Petropavlovsk, a little-remembered clash between the British, French and Russian forces during the Crimean War. 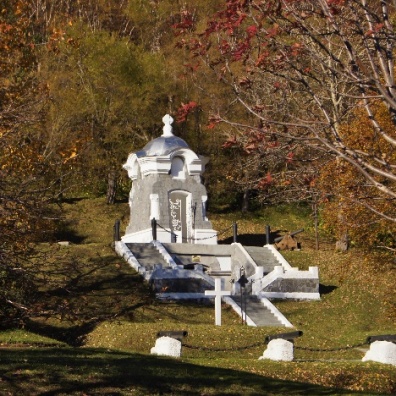 The drive up to Mishennaya Hill was an easy ascent and provided excellent views of town and Avacha Bay.

On to the Museum of the USSR.  We had been warned not to expect much from this museum where most everything has been donated by the local population.  As such, we were not disappointed.  Lot’s of old stuff but still interesting to see things we grew up with, but Russian made or dare I say, copied.

Our final stop was at their town market.  Was I ever surprised!  Again, I expected an outdoor market with a few things but this was a very modern indoor market with many shops selling every kind of ware.  Since Petropavlovsk is essentially a fishing town (although the Russians have a nuclear submarine base there which we were not privy to see), I was interested to see the fish market.  An unbelievable assortment of fish but a huge amount of salmon, their main catch.  There were containers and containers of salmon roe (caviar) from several salmon species.  The picture below was only a very, very small sampling of the local caviar offerings. 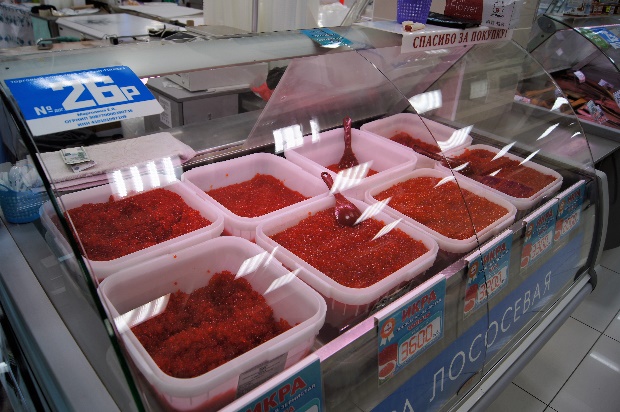 Back on the ship, I just had to take a picture of the Customs Officers checking everyone’s documentation leaving and returning to the ship. 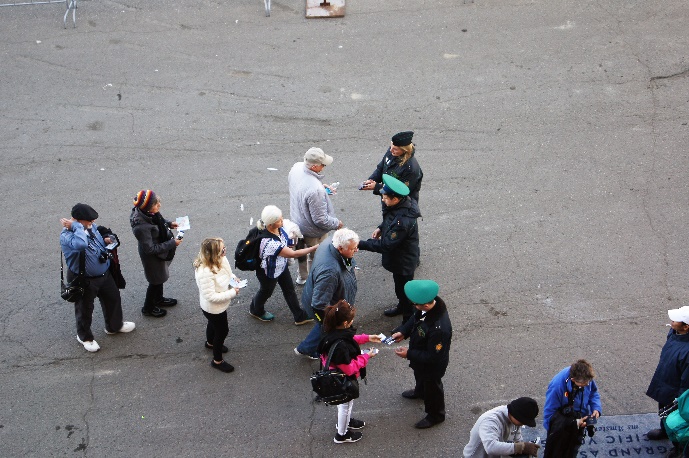 That’s it for this blog…next stop Japan after a couple more days at sea.  Thanks for reading along.