My plane finally appeared through the blizzard at YXE

What a stormy winter day, I am guessing that Mother Nature didn’t know that I was supposed to be leaving this morning for Scotland.  My flight was scheduled for 11:20 but since they were concerned with planes landing because of the wind we were delayed about an hour.

The flight from Saskatoon to Toronto was pretty uneventful.  I have never flown out of Toronto before for an international flight so I did walk around a bit before heading to the Maple Leaf Lounge.  By the way the tomato red pepper soup was delish! 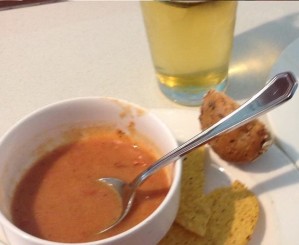 This was a huge trip for me as I have never been across the Atlantic.  With all my traveling it just hasn’t happened before.  My flight from Toronto to London Heathrow wasn’t too bad; we did have quite a bit of turbulence but just shut your eyes and hang on.  I did get a bit of sleep which made the flight much better.  Since I have never been to the UK before, I had to get myself around Heathrow Airport.  It was nowhere near as bad as I thought it was going to be.  I had to transfer from terminal 2 to 5 but there were signs everywhere and I have no problems asking for help if I need it.  The flight from Heathrow to Glasgow was another story.  There was a problem with the fuel gauge so it took them just about an hour to get the all clear.  Since the flight was sold out, I had the lovely middle seat and we just sat and waited for the hour to get going. Oh, I just about forgot that there was a footy team on our flight so it was like peddle to the metal to get them to Glasgow to get to their game.  Again turbulence and not a happy tummy, on the bright side my ear problems weren’t an issue at all! 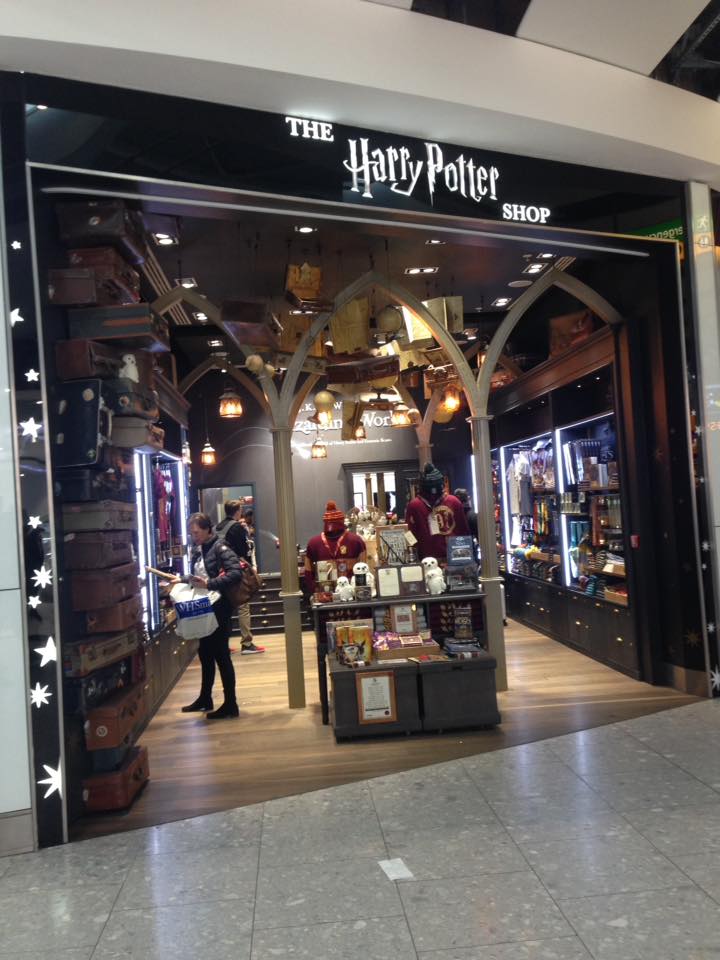 Of course I had to stop at the Harry Potter Shop in London Heathrow Airport!